I've been using Eversync for a while now, other than occasionally needing to logout and back in after it's gotten stuck It's never given me any problems. Today, however, I'm noticing background activity that wasn't there previously. (I'm a stickler for keeping things running lean so definitely would have noticed if it was happening earlier) For hours now it's been at the top of Firefox's "Energy Usage" (I'm assuming that's CPU activity) list in the Firefox Task Manager. I've disabled "sync every 60 minutes" and restarted Firefox, but Eversync is still at, or near, the top of the "Energy Usage" list.

'Sup with that? I don't see a new update that might explain this activity. You guys got an auth server down or something?

0
Under review
nimbusweb 2 years ago

Could you send screenshot from Energy Usage? 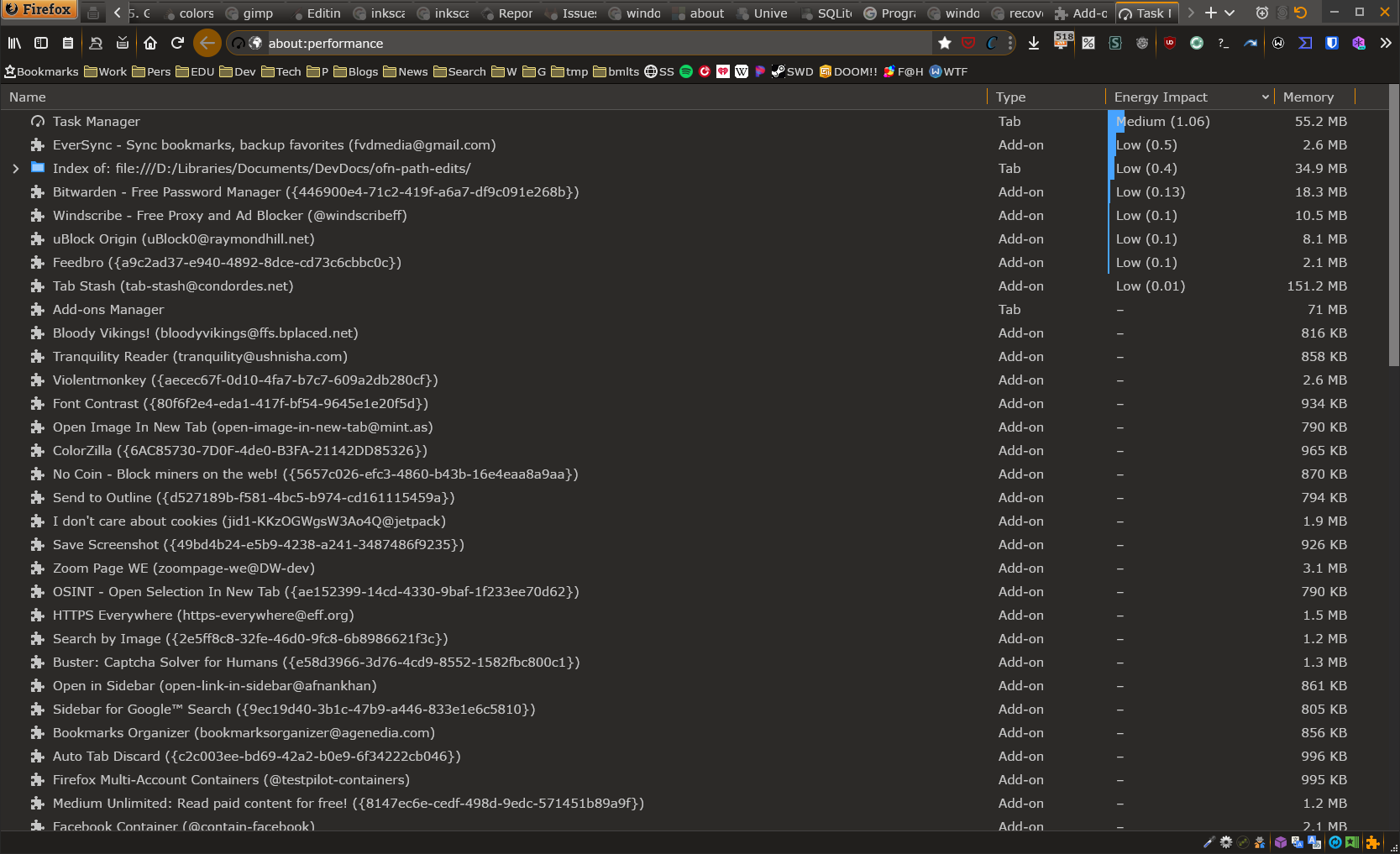 Did you disable autosync for dials and bookmarks?

yes, autosync was, and still is, disabled. I tried disabling EverSync, restarting Firefox, then re-enabling EverSync to see if that would help. No change. Here's another screenshot, I have a tooltip showing for EverSync and 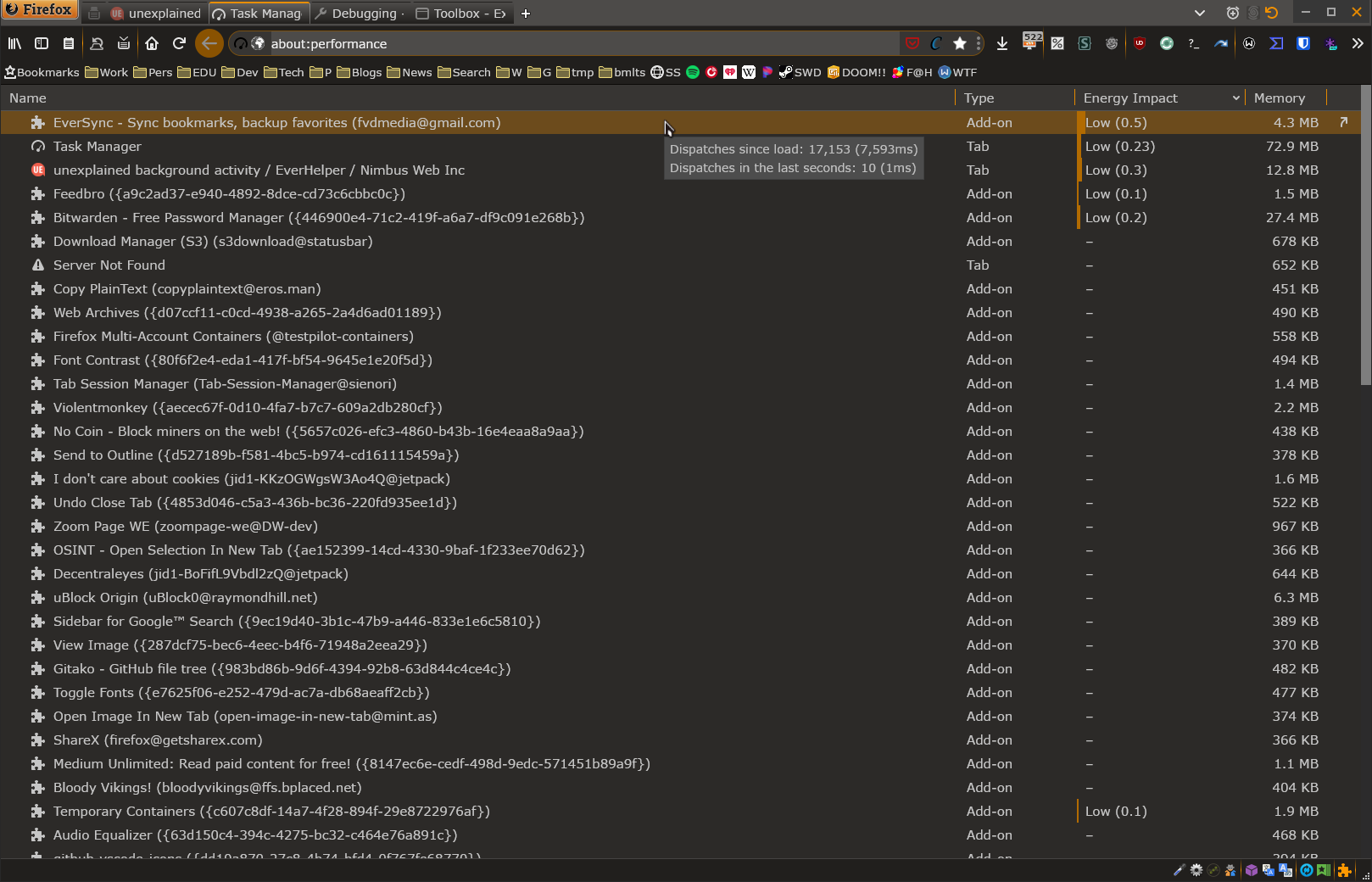 Ok, we will check it.